From Tree Trunk to Wall Art

A creative journey is always full of surprises.

Who would have thought that a nice walk in the countryside could deliver such a design inspiration?  As I was walking, I noticed a series of sick pine trees. I approached and discovered beautiful bark scattered all over the ground. 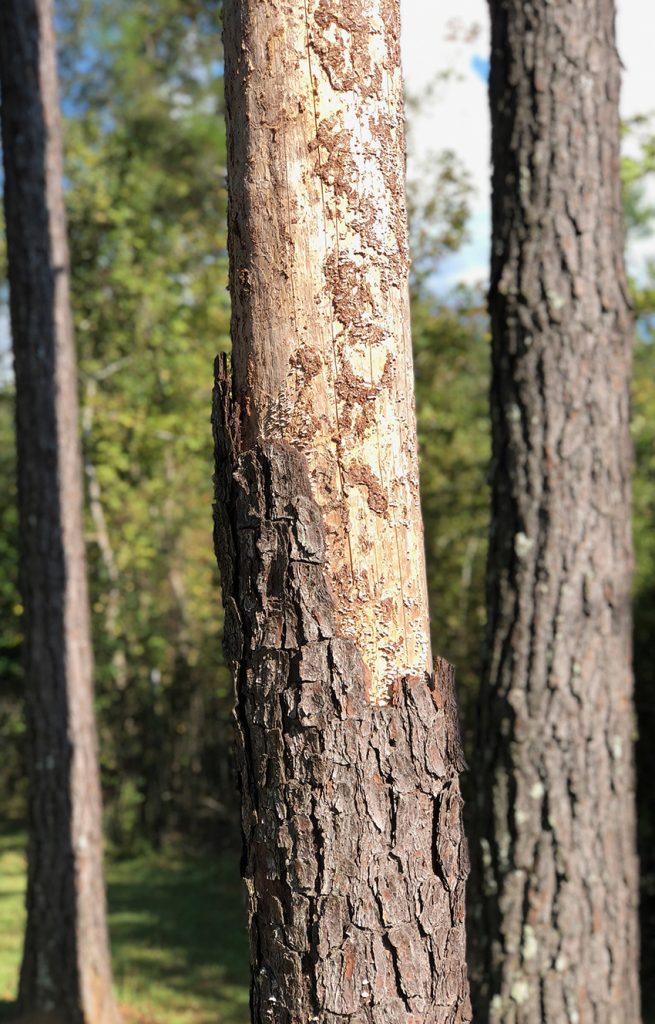 I was nearing the end of a commercial restaurant project – Zocalo – and had several ideas for finishing touches, but was not completely satisfied yet. There was a long wall that would need to be visually impactful — either a large installation or several small pieces that would tie the space together. I had been searching within mostly earth tones and finding these pieces of gorgeous bark all over really struck a chord. This was my exact palette! 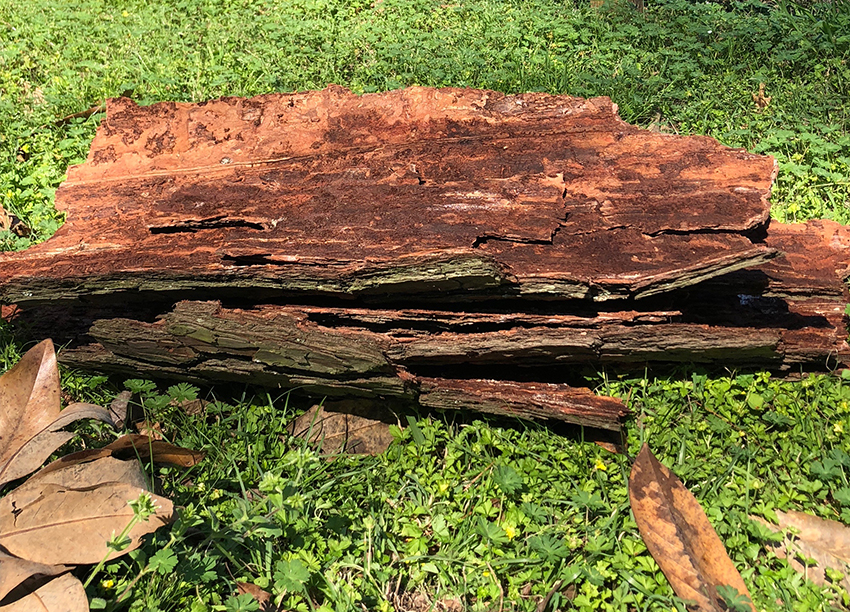 I collected some samples, not knowing quite where this idea was headed. 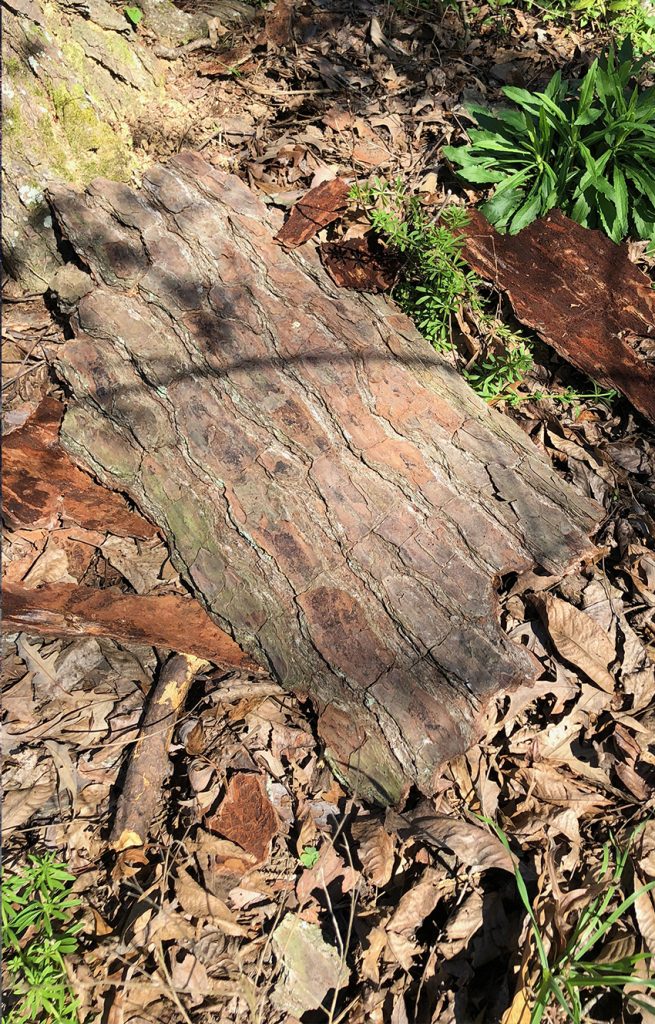 Making my way back to the Atelier with the creative juices flowing, I still had no idea how to channel them yet. I tried to figure out how I was going to work my new finds into a design. 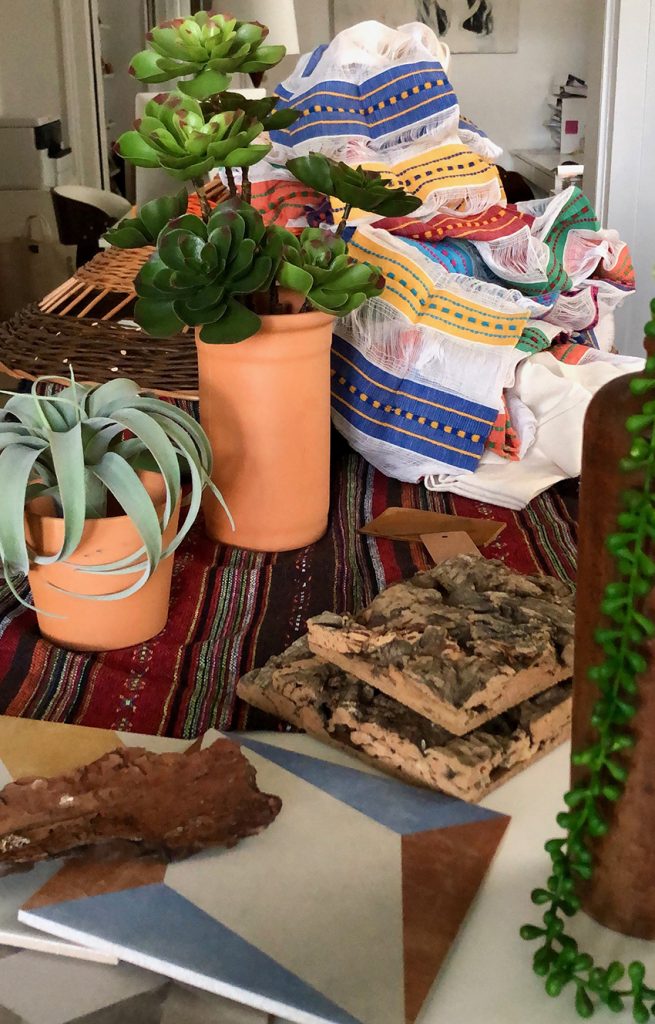 So I organized the samples by size!  I hoped that working with them further would inspire something in me for the project. 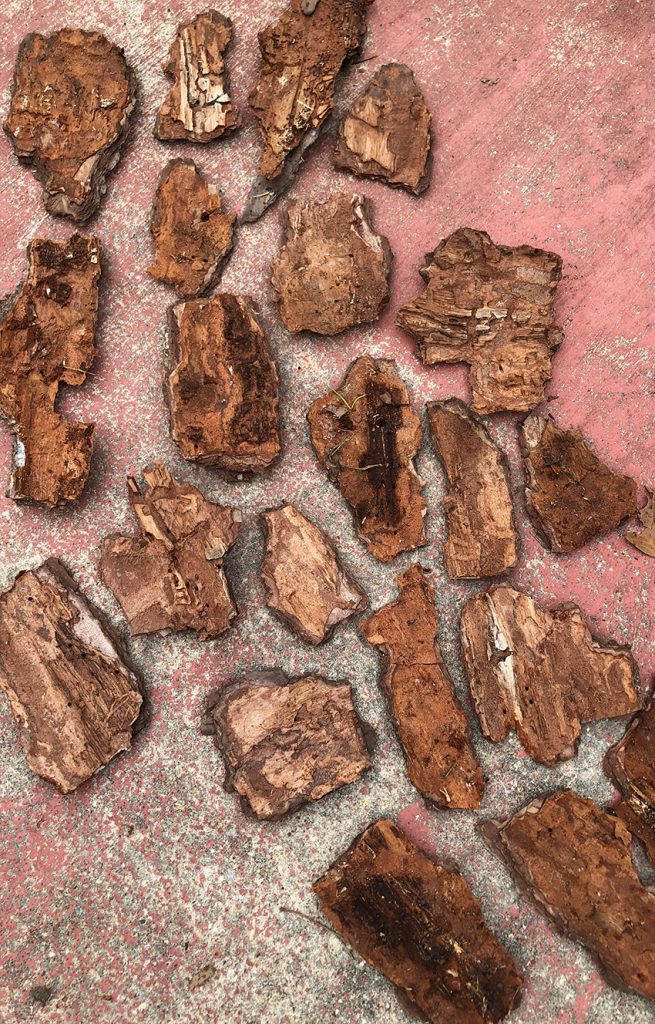 This organization led to experimentation.

I realized arranging the pieces in different ways produced shapes reminiscent of tribal and Aztec art. 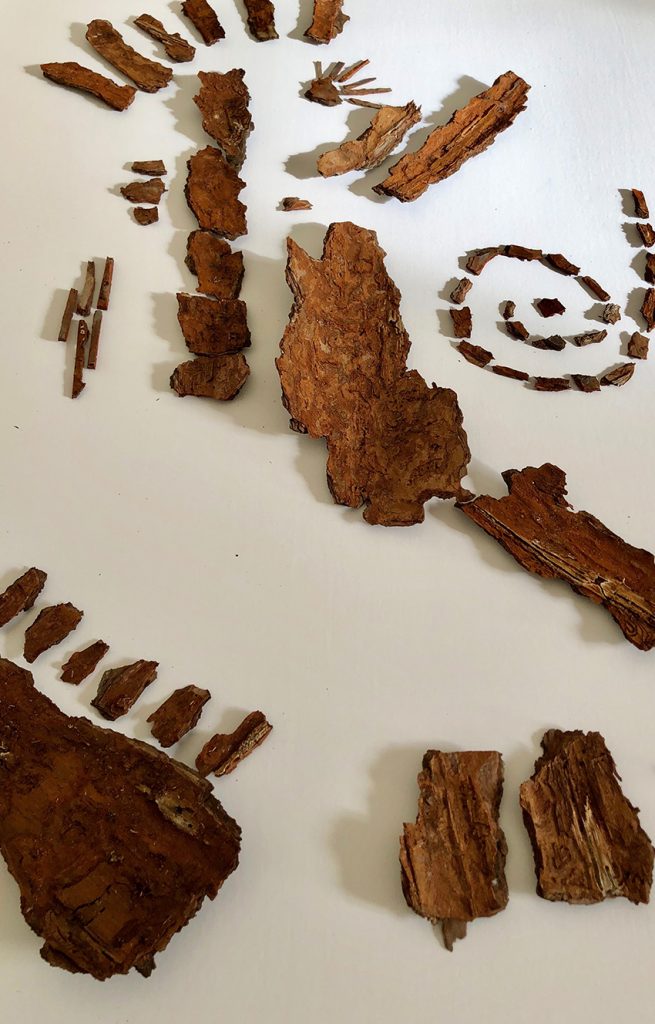 Next thing I knew, I was trying to figure out how to get these babies onto the wall and into a mural! 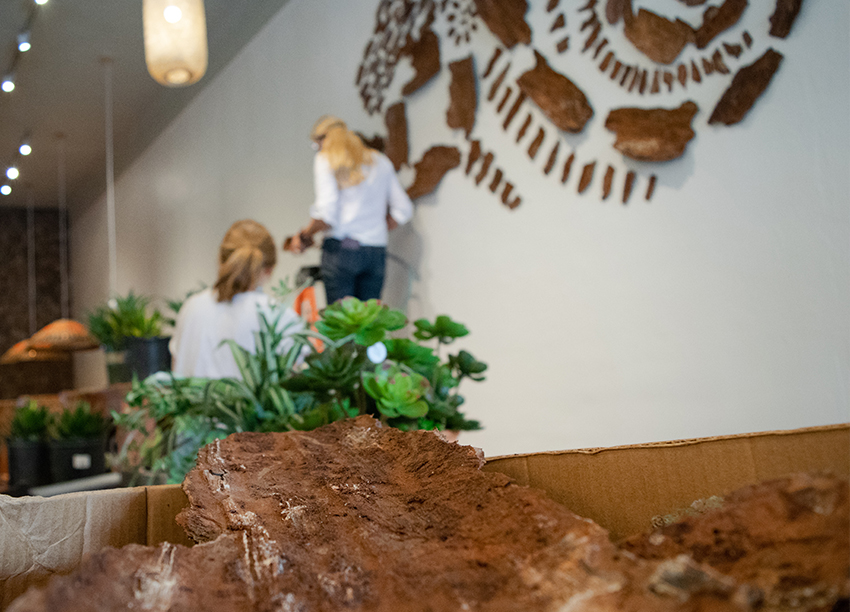 I just grabbed a nail gun and started implementing my vision.

The piece really began to come to life. By the way, I am not afraid of a nail gun! 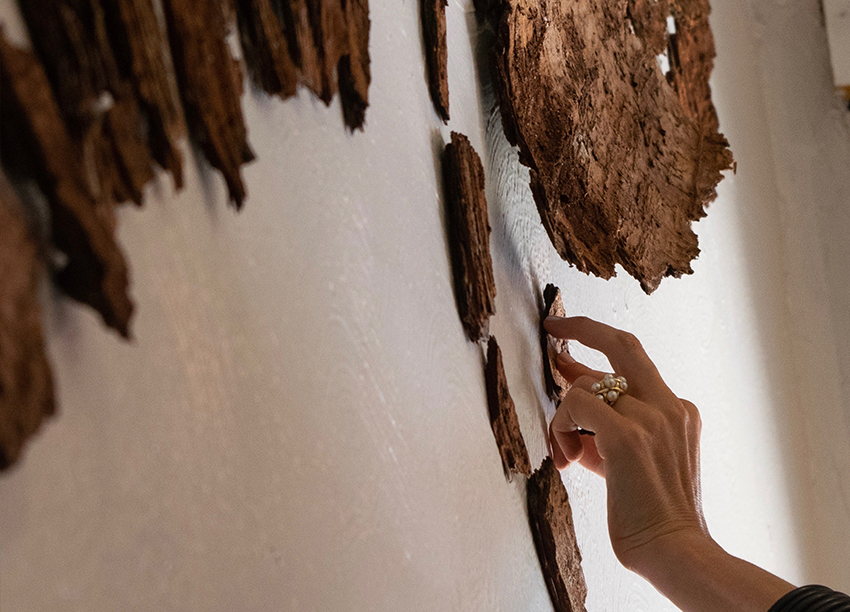 The flow came naturally — one piece calling for the next — the design working itself out.  I kept moving along. 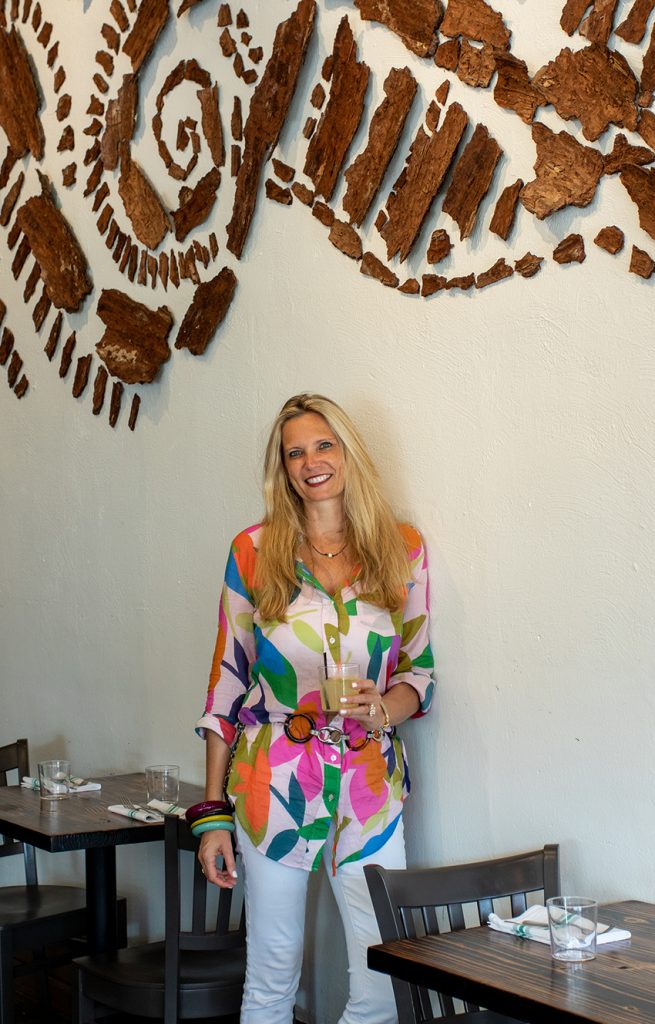 I enjoyed a well-deserved margarita after the completion of the mural. 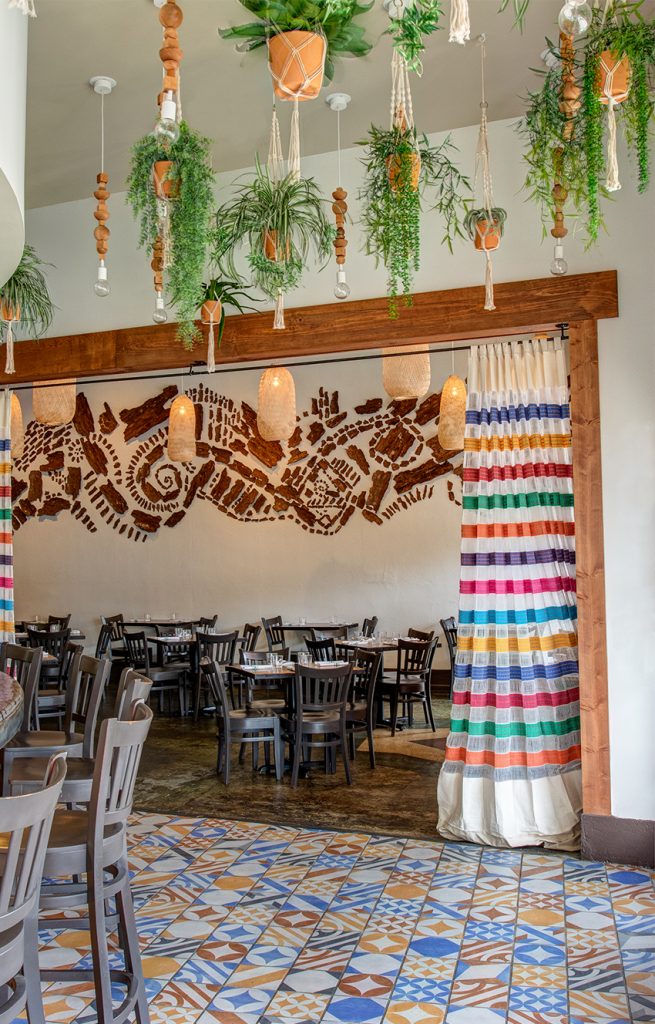 The mural really enhanced an interior that had already come together. 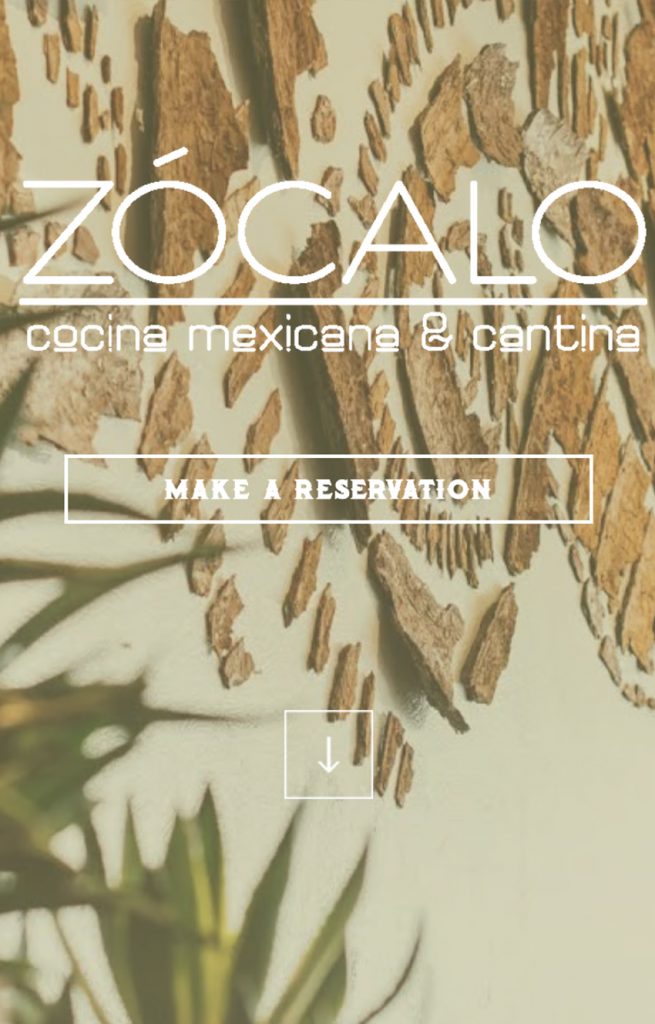 Make sure that when you visit New Orleans you head to Zocalo Cocina Mexicana at 2051 Metairie Rd., Metairie! The food and the drinks shouldn’t be missed. 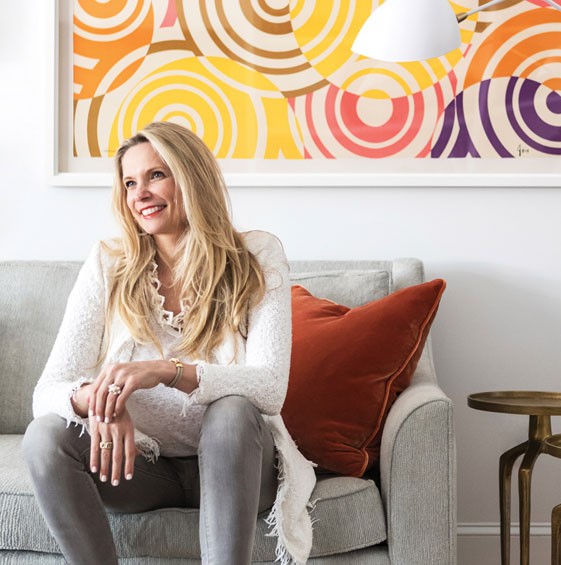 Sign up to be the first to know about new design trends and tips on our blog!

Sign up to be the first to know about our new podcast episodes and blog posts!

Sign up to be the first to know about our new podcast episodes and blog posts!

On your preferred platform:

Sign up to be the first to know about new design trends and tips on our blog!